Eddie, the peacock, is in the courtyard at Centro d’ompio. We are eating breakfast and getting ready for another day of learning and sharing. I’m at Info Activism camp with 138 other folks from 48 countries. Participatory sessions range from Documentation, Curation, Investigation and Beautiful Troublemakers. I’ve joined documentation because I want to focus on storytelling with purpose. Afternoons are full of skillshares. So far I’ve been in a PGP and digital security learn-in as well as a Data cleanup workshop getting regex 101. Sublime Text and I are are now friends. 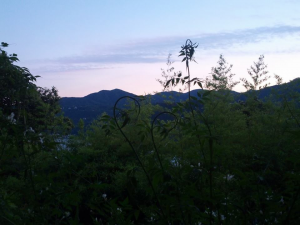 Every day I send the Tactical Tech’s Security in a Box to community members. I’m here to polish up and learn new skills to keep on that journey. Global events really inspire me. We, the beautiful troublemakers, work around the world to connect humans and tech for social good. It is sometimes lonely path, so these times that we are together are precious from sunrise to sunset.

Kenny Rogers at the Nakumatt

Kenny Rogers is huge in Kenya. I’m back in the land of smiles to co-work with my Ushahidi colleagues. It is Saturday and the Internet was down at the cafe. So, what else to do? Go to the grocery store after reading my book. The Best of Kenny Rogers was blaring at the Nakumatt. During my previous visit, it was all about Dolly Parton at the Ostrich farm. It warms my prairie girl heart to entertain my family with comparisons between Kenya and Saskatchewan: Music and warmer demeanor (for the most part.) Even if I am not a fan of country music, I still smile at the quirky country music fans who push their carts and hum along.

Last night the neighbour was blaring the best of the 1980s from Janet Jackson to Dire Straits interspersed with African sounding dance music. It made me smile. This is not as much fun as the Spanish soap operas dubbed in English that seem to be playing everywhere you go. Ah, Kenya, you amuse me.

I’m not sleeping much as usual. The upside of this is that I appreciate the 4am loud birds singing alarm. They sound unlike most that I have ever heard. I almost want to download a bird app to identify the cheerful lot. But, the cost is a touch prohibitive compared to asking someone, once they awake. Sadly, around the same time of the morning the mosquitoes come in for a big bite.

Coffee is a food group…

My suitcase will be full of Pete’s Coffee and tea when I return as well as Tropical Heat’s Tea Masala mix. 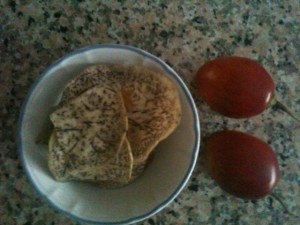 I finally tried Tree Tomatoes and am hooked. It is somewhere between a tomato and a tart plum. Even though it is summer here, all the other tomatoes were green. These will be hard to find in Toronto, but I will try to find the juice somewhere. I’m also hooked on Cassava chips. They are better for you than the super yummy, salty potato chips and are full of calcium and gluten-free. My coworkers will mock me, but these are so going in my avocado, red pepper, and hummus sandwiches. Oddly enough, the cassava chips have the same pattern as the counter. Food camouflage! 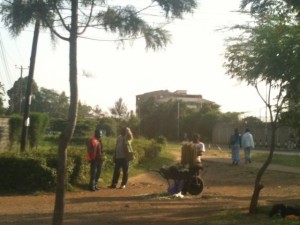 Walking around in Nairobi is possible, but not recommended with a bag full of tech on a hot day. So, the alternative is to take taxis everywhere. The costs are relatively cheap for this. Nothing replaces freedom of exercise and movement. Tomorrow I may ditch my bags, cover my hair and go for small walk in my neighbourhood. It is a very safe area, but I am hopeful that my hosts will advise that it is ok. As for security, it is everywhere. I went to a shopping mall today to run errands. The place was a bit of a fortress. Guards search the internal of the car and under it, every shop has a guard and the mall is full of guards. Then, there are the guards at the entrances of all the apartment building complexes and restaurants. There are walls, gates, and high wires around each of the complexes. It makes me very aware of every movement. Maybe I won’t walk and just do in-house yoga. 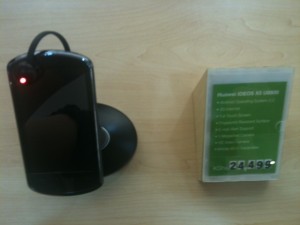 When people talk about tech in Kenya, I often highlight the sweet phones and mobile apps. The challenge: compare the telco service received from Bell versus Safaricom.

On Tuesday, I spent two valuable hours on the phone with Bell Canada and was sent to four different departments only to be hung up on by the Loyalty department. Sure one of the Bell reps was helpful, but the other three that I was transferred to and from due to their separation of departments (internet and mobile) were not so customer-oriented. All the trouble stems from the fact that Bell has archaic billing systems and inane processes. And, while I use both services, they could not talk with me as one customer who has been loyal for over 12 years. The change I wanted to make could take up to 3 months to be effective. I asked if they would like me to walk the paperwork between the departments. The billing problem was still not resolved and they have not called back. I’ve been their customer for over 12 years and have spent $1000.00s on services. I gave up and decided to deal with Bell when I returned home and likely switch providers. Their disdain for money leaves me with few other choices. And, just to add to my shock, Bell SMSed me a customer service survey. I responded to the five SMS questions how dissatisfied I was and why. Brief, but to the point. They still have not called me back.

Arriving in Nairobi I found that my sweet Ideos Android did not activate data, could not receive SMS or make outbound calls. So, instead of calling I went to the Safaricom Care Center. And, boy did they care. Three helpers tested the phone, reactivated my SIM card, added $2.00 CDN/$200 KSH, and more. I have a phone data balance of a mere $10.00 CDN or $821 KSH which should last me the next three weeks. The HuaWei rep (Anges) was on site. It turns out that since I had not used the phone in 6 months that they deactivated the account temporarily. Only after they fixed the phone within 30 minutes did I tell them about my Canadian Telco customer service experience. I told them how amazed I was that they were giving me such attentive service for merely billing change of $200 KSH. Anges responded that for Kenyan companies every dollar matters.

And, that in a nutshell is the difference between Canadian and Kenyan Telcos. Sure, Safaricom probably has wrinkles. But, they want my business and work at it more. As they say in .ke: pole sana 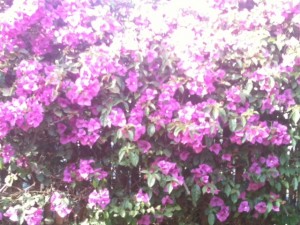